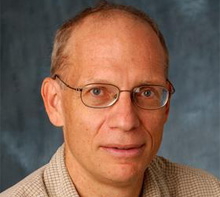 Wahr works primarily at the interface of geophysics and geodesy (the study of the Earth's constantly changing shape and gravity field). His early work largely involved the study of Earth tides and variations in the Earth's rotation, and how their observations could be used to learn about the Earth's interior. As the field of satellite geodesy matured, and observations of the Earth's gravity field and surface displacements became dramatically more accurate, his focus expanded to include studies of processes in the atmosphere, the ocean, the cryosphere, and the rest of the hydrosphere. The advent of time-variable satellite gravity measurements that began in earnest with the 2002 launch of GRACE, has opened up enormous potential for these kinds of applications. Wahr and his colleagues have used data from GRACE and other satellites to study such diverse processes as ice loss from Greenland, Antarctica, and the world’s mountain glaciers; groundwater extraction in northern India and the Middle East; ocean surface variations and rising sea levels; and the viscous relaxation of the Earth in response to the disappearance of the ice sheets at the end of the last ice age. 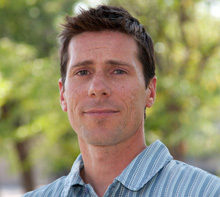 Dr. Swenson's research interests focus on the terrestrial water cycle, and especially human impacts on the water cycle, at spatial scales of river basins to regional and continental scales. On the observational side, he uses multiple satellite remote sensing and in situ datasets to quantify the components of the water balance.

Of particular importance to his research has been data from the Gravity Recovery and Climate Experiment (GRACE). It can be argued that GRACE is the most interdisciplinary satellite mission launched to date. GRACE has been used to study surface processes involving hydrologic, oceanic, and cryospheric water mass redistribution. This website uses software that he developed to perform real-time data analysis of GRACE data. Data from this site has been downloaded by hundreds of users from around the globe.

At the monthly timescale, water redistribution is the primary source of temporal variations in the Earth's gravity field. Thus, GRACE is a valuable tool for studying the global water cycle. Most remote sensing instruments are based on some form of radiometric measurement, and therefore are confined to sampling the near-surface properties of their target. Because GRACE measures gravity, however, it provides a vertically integrated measurement that includes contributions from all hydrologic stores: soil moisture, groundwater, surface water, and snow.

Recently, he has been looking at areas where human activities are significantly disrupting the natural hydrologic cycle. During the period 2002-2006, Lake Victoria, the world's second largest freshwater lake, lost nearly 150 cubic km of water. Using GRACE and Jason-1 altimetric data, we confirmed that roughly half of this water loss was due to human management (for the generation of electicity). The CU Grace Research Group has also shown that northern India, one of the world's most densely populated regions, is losing groundwater rapidly at a rate of roughly 50 cubic km per year, which is similar to the rate at which Alaskan glaciers are melting.